A human being is part of the whole called by us universe, a part limited in time and space. We experience ourselves, our thoughts and feelings as something separate from the rest. A kind of optical delusion of consciousness. This delusion is a kind of prison for us, restricting us to our personal desires and to affection for a few persons nearest to us. Our task must be to free ourselves from the prison by widening our circle of compassion to embrace all living creatures and the whole of nature in its beauty. The true value of a human being is determined by the measure and the sense in which they have obtained liberation from the self. We shall require a substantially new manner of thinking if humanity is to survive. (Albert Einstein, 1954) 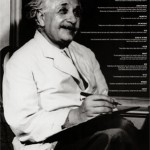 “The most beautiful and deepest experience a man can have is the sense of the mysterious. It is the underlying principle of religion…. He who never had this experience seems to me, if not dead, then at least blind. To sense that behind anything that can be experienced there is a something that our mind cannot grasp and whose beauty and sublimity reaches us only indirectly and as a feeble reflection, this is religiousness….one cannot help but be in awe when (one) contemplates the mysteries of eternity, of life, of the marvelous structure of reality. Albert Einstein 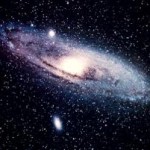 So that the seeker is assisted in his efforts to remain profoundly present and conscious of himself inside—a particular manner of being to which he is totally unused, but which proves to be necessary for what he seeks to accomplish in himself—the sense of mystery must remain alive in him, accompanying him everywhere and in everything he does: the mystery of this enigmatic silent call which makes itself felt in him at the most unexpected moments and which eludes him, the mystery of the Cosmos, the mystery of the aim of Creation, the mystery of his own life, of his consciousness, his mind, and so on.

Essentially, everything that exists in the manifested world is a mystery.

Edward Salim Michael ”In the silence of the Unfathomable “

Is the world studied by science the only reality, or does it point to a deeper reality? Is nature a random and chance process, or a project with purpose? Can people be fully understood in terms of the natural sciences, or is there a transcendent dimension to human existence?

Jean Staune Science and the Search for Meaning

Jean Staune has degrees in the philosophy of science, mathematics, paleontology, political science, computer science, and management. He is the founder and general secretary of the Interdisciplinary University of Paris and an assistant professor in philosophy in one of Europe’s prominent business schools, the MBA program of the HEC. He has been an invited teacher in two Pontifical universities and in China’s Shandong University.